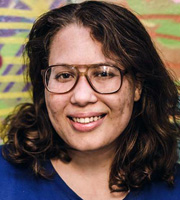 Painter and graphic novel illustrator, author of Blood Money: The Road to Detroit. She has been very involved with the Detroit Design Festival from the beginning, and in 2012 was a driving force behind Hopscotch Detroit, a project that broke the world record for longest hopscotch course. Other graphic novels in her portfolio include Odyssey, Transhuman Resources and The Other World; on some of these she also has a writer credit. 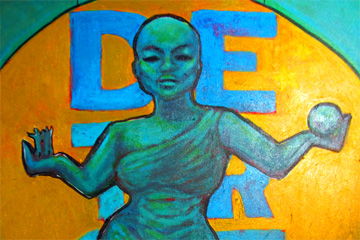 Kelly Guillory's take on the Spirit of Detroit. 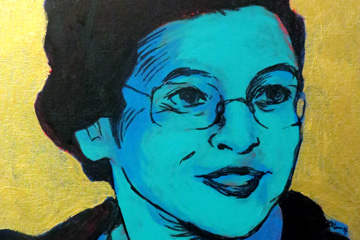 Detail of Kelly's portrait of Rosa Parks which exhibitied at Live Coal Gallery.